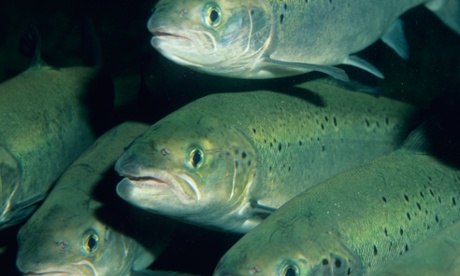 Aquaponics is a way of producing food that combines aquaculture(farming aquatic animals such as snails and fish) with hydroponics(cultivating plants in water) in a symbiotic environment.


How does it work?

The aquatic animals feed on the plants, and the water is fed through a system which breaks down the fishes’ excretions into nitrates and nitrites, which are nutrients for the plants. So there’s no need to buy extra food for the fish.


Could aquaponics be used by farmers in developing countries?

“Aquaponics has huge potential to be used by developing countries - both as commercial ventures and a way to provide food,” says Leslie Ter Morshuizen, owner and founder of Aquaculture Innovations.

Aquaculture advocates also say it is sustainable and eco-friendly. “Water is a precious commodity in developing nations, and because the majority of the water used is recycled through the aquaponics system, significantly less water is consumed than in traditional farming,” explains Tony Abuta, founder of Amsha Africa Foundation.

According to Ken Konschel, project founder of Aquaponics Africa, the possibilities are limitless. “Fish grow their own food, so the system is self-supporting. It could improve people in developing countries’ lives by increasing food security, employment opportunities and economic growth.”

As nutrition is a key issue for developing nations, who rely mainly on staple crops such as wheat and rice, the fish farmed could also provide a valuable source of protein. Abuta adds: “By building Aquaponic systems in developing nations like those in Africa, there would be more food for the population, and it would be more nourishing.”

What are the weaknesses?

Ter Morshuizen says his one concern is how aquaponic projects in development will be managed. “Rural communities must be supported in training in aquaponics – as well as how to look after the fish, plants and system. There needs to be ongoing support as long as the project exists. From experience, I believe the day you withdraw the technical support you can chart the demise of the project.”

Abuta agrees: “The system requires a source of energy to run the pumps. Farming is also limited as the types of plants and fish that can be raised are small, and there are some hygiene issues.”

Farmers must also be close to markets, as on a small-scale farm the fish produce can be highly perishable, says Ter Morshuizen.

So, can aquaponics fix the food system?


“An increase in the availability of food in developing nations through the use of aquaponics would decrease the death rate, while also increasing the income of the farmer and improving the overall economy of the nation,” says Abuta.


Ter Morshuizen sums up his thoughts. “With the correct support structure aquaponics could provide huge opportunities for smallholder farmers. However, without ongoing support, these projects would be entirely unsustainable.”


Read more stories like this:
• Fisheries in Africa are losing billions due to illegal practices
• Can ‘agroecology’ bring food security to Latin America?
• Global food security: could wheat feed the world?
• Advertisement feature: Land rights, not land grabs, can help Africa feed itself