Dried lemons are actually limes and are used heavily in Persian Gulf and also Iranian cuisine where they add a strong bitter flavor in addition to sourness. They are made by boiling ripe limes in salt water, and then sun drying until the insides turn black. The outside color varies from tan to black. They are sold whole or ground. 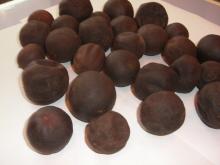 Black limes are usually used in legume, seafood or meat dishes. They are pierced, peeled or crushed before adding them to the dish. After cooking they become softer and edible. They can also be powdered and added to rice dishes. Powdered black lime is also used as an ingredient in Gulf-style baharat (a spice mixture which is also called kabsa or kebsa). It is a traditional ingredient of Persian cooking, and can also be found in neighboring Arab countries, such as Iraq, Kuwait, and Bahrain.

Black limes are strongly flavored. They taste sour and citrusy like a lime but they lack the sweetness of fresh limes. Because they are preserved they also have a slightly bitter, fermented flavor. 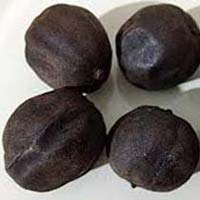